Seirios is the largest motorway service station in Greece and the biggest and most complicate project we have taken on. The construction cost reached 17,6millions euros. The apprehension of this project belongs to Georgaki Thoma, who since 1985 had organized and overseen every phase of the project.

The researchers of the Seirios project were

The construction was executed by

The construction of Seirios project commence at 1994.

Seirios became operational on the beginning of 1997. It is visited by a large number of travelers every day, and it is a reference point for the modern Greek and the European driver.

The central building for travelers services is forming on both sides of the highway and at the same time over and under of it. It is a complete relationship of Seirios with the highway and represents the main idea of the architectural composition. A dynamic but at the same time light building which dominates on the landscape and on the eyes of the driver as it is appeared suddenly on the road.

At Seirios surrounding area are large parking lots (600 places), for cars, bus and trucks. The circulation networks for heavy and light vehicle are separated, while the underground passage is used for the connection of the two sections on the either side of the highway and the turnaround on it.

Moreover, there are outdoor playgrounds and seating places, green spaces and sidewalks. 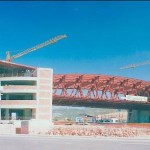 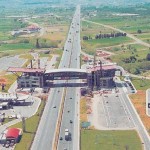 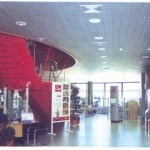 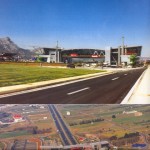 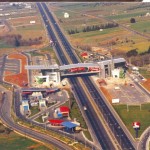 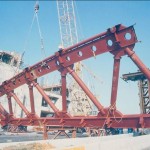